On the 16th of April, 1746, the Battle of Culloden was fought, the final clash that marked the ending of the Jacobite Rising that started the year before. It resulted in a complete and total victory of the British Army over the Jacobites, bringing with it decades of persecution, prohibition and the unrelenting attempts to destroy the Gaelic culture of the Highlands of Scotland, in order to strengthen the grip of the British union over Scotland. This period saw the expropriation of lands belonging to Scottish clans, the banning of traditional forms of Highland dress, and the start of a decline in the use of the Gaelic language that would continue to this day.

Culloden, and its legacy, have been a shadow hanging over Highland culture. But, despite the worst attempts by the British state, Highland culture suffered, but it was never fully cleansed. Its lands were emptied of its people, many of its customs and traditions lost, but the Gaelic language survived – not only in but also outwith Scotland, travelling in the hearts and minds of the folk forced to go away as a consequence of the Clearances, another dark period of Scottish history.

There’s a future for Gaelic

Despite its many challenges and tribulations, Gaelic (or Gàidhlig, as it is known in its native tongue) has survived all the way to the 21st century. Yes, it is not in a place where we are allowed to be relaxed about it – the language is still facing an existential threat, as many of the older generations who still have it die out, with fewer younger people carrying on that legacy. But there are also immensely successful stories happening recently, not least the launch of a Scottish Gaelic course, for free, on the famous Duolingo app, which occurred in November of last year (and no, Duolingo has never paid me for promoting it, I just think it’s a brilliant tool).

There’s been a shared sense of excitement and wonder all over social media, as Duolingo has provided an easy, free and fun-to-use platform on which to learn the Gaelic. People coming together in hilarious exchanges, as we all discover that gorm, the Gaelic for blue, is also the word for that deep green found in nature. Or the joys of finding out that a Coo is a cow in Scots, but a Cù is a dog in Gaelic (and, as a bonus point, the Portuguese for arse is cú, and is pronounced in the exact same way as the other two words).

One question that never seems to go away, however, particularly from sections of society that remain incredibly averse to Gaelic and, unfathomably, see it as a threat, is this: What’s the point of learning Gaelic?

What’s the point of learning Gaelic?

I should start by making something clear, something which I personally hold as an incredibly important view, as a lover and speaker of a few languages: the point of learning any language is the point of learning the language itself. You don’t need to have an economic, professional, religious or academic reason. If you feel drawn to any particular language, there should be nothing stopping you but the time & effort required to learn it. No language is a waste of time, no language is a lost cause, and no language is beneath or above you. In the United Kingdom, languages like Cornish, Manx, Scots, Gaelic and Welsh are continuously derided and disproportionately criticised for being “a waste of time and resources”, but that’s just one of the manifestations of English exceptionalism and how it perceives everything slightly different as an immediate threat to it hegemony.

The fact is that learning Gaelic or any other language doesn’t harm English in any way, to the contrary – polyglotism is often an academic and professional strength in young people and the opportunities that are opened to them.

I’ve been a lover of languages ever since I can remember. I taught myself English as a young child through playing videogames, and later on found a passion for reading books by English-speaking authors in their original language rather than Portuguese translations. This passion resulted in me knowing how to read four different alphabets & writing systems (including Middle Kingdom Hieroglyphs), and having between moderate fluency and some basic conversational skills of around nine different languages.

But Gaelic has always had a special place in my heart, long before I ever dreamt of one day calling Scotland my beloved home.

My journey to learning Gaelic

In my early teens, and thanks to the boundless universalism of the internet, I found an interest in what’s often called “Celtic” music. This involved a lot of Irish, Scottish but also Breton singing (personally, Welsh and other Celtic languages never struck as much of a cord with me, for no reason whatsoever – you can’t choose what resonates with you, some things just do more than others).

But from all of these, I was always particularly drawn to Scottish Gaelic. I found it the most beautiful, emotional, even eerie of them all. I always felt like Gaelic carried a lot of sorrow with it, fascinatingly, in ways not dissimilar to my native country’s most well-known musical genre, Fado. I was drawn to the stories as I googled what the lyrics meant, and found an increasingly rich – and often times, dark – history behind these songs.

From then on, learning Gaelic had been on my bucket list. Since then, I found myself moving to and happily settling in Scotland, and as it happened, last year I found out a beginners course being provided by the Edinburgh Council that was very affordable and also conveniently located, and I grabbed the opportunity wholeheartedly.

Perhaps with a touch of serendipity, Gaelic also happened to launch on the aforementioned Duolingo app just a couple of months after I started my lessons, and it complemented those lessons perfectly. With the two resources, as well as a couple of books (I’ve previously done a Twitter thread with loads of resources for learning Gaelic, you can read it here: see Twitter thread), I’ve been able to start this journey that I’d been longing for.

Learning Gaelic has been challenging (we all know how daunting those long words look, especially when you realise that some letters are pronounced very differently from English), but lots of fun and, above all, immensely rewarding.

Not only does having the Gaelic open up a new window into the culture of the Highlands & Islands, and what is a crucial part of Scotland, it opens whole new worlds of music, poetry and literature. It opens a new perspective, a new look at the world, a greater depth to the human experience. It opens a link to Scotland’s past, but has also given me a new tool with which to help shape Scotland’s future.

Learn Gaelic as an act of defiance

It’s very easy to romanticise Gaelic, as often happens with all things related to Highland culture. I’m a writer and artist, I know a thing or two about erring on the side of being a bit too romantic at times. The fact of the matter is that Gaelic has been, since the 18th century, in a continued state of decline, thanks to a myriad of political, religious and socio-economical circumstances. Only around 57,000 Scots are reported to be fluent in Gaelic (2011 data), with 87,000 declaring some knowledge of it (2011 data).

The Scottish Government has made efforts to protect and incentivise its use, efforts which are often faced by an inevitable barrage of armchair critics who make money out of writing controversial opinion pieces for newspapers that aren’t editorially sympathetic to Gaelic to begin with. And this is not just a unionist / pro-independence divide – you’ll find Gaelophobes on both sides of the debate, as well as speakers and lovers of the language.

Languages are political, and Gaelic is no exception. If you’re taught that your language is not proper or worthy, your culture inevitably becomes a source of embarrassment for you. In Portugal, I’ve never experienced this due to it being a monoglot block, but this debate was one of the first things I encountered when moving to Scotland, and it doesn’t affect only Gaelic, but the Scots leid too.

Gaelic is not my language more than anyone else’s, but I’m passionate about its protection because I see it at risk, and it would be a monumental loss to human civilisation to have this wee thread bleached out of its colour and tone. Gaelic is adding something to our great cultural tapestry, and by learning and using it, we’re ensuring its colour remains vibrant enough for future generations to be able to appreciate the greater beauty of this whole tapestry.

Learn Gaelic. Pay no heed to the naysayers who feel threatened because they never managed to learn anything more than English, and have caged themselves in a monoglot prison of their own making. It’s difficult, frustratingly hard at times even, but once the pieces start falling into place, you’ll become immeasurably enriched. And remember, if it wasn’t for the historical wrongs inflicted upon Scotland, and the institutionalised way in which people have been brought up to think that only British Received Pronunciation is a legitimate way of expression, who knows how many people in Scotland would speak this tongue right now.

We can’t change the past. No one can. What we can, is to learn from it, and to prevent its disasters from ever being repeated again. And losing the Gaelic tongue would be just that. 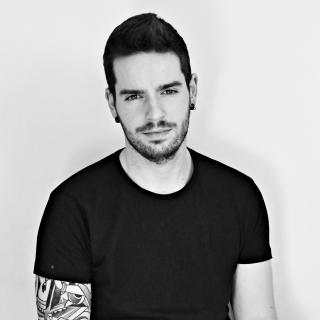 My Journey To Yes